you should know this great man. 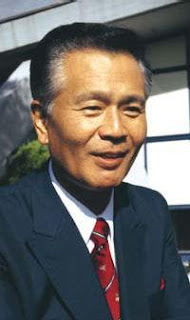 He's no longer with us unfortunately but his thoughtful creations and ingenuity have left a great mark on this world.  I only recently learned about him and his achievements.  Very interesting man that I'm grateful to know more about now :)

Now for a tiny update:  I am still at work on a big budget production (August: Osage County) in Bartlesville, OK awhile longer but I'm always thinking and working towards bringing more creations from Sebastian's world to life... another short film is in the works so stay tuned and Reach for the Stars!!
Posted by Sebastian Plays the Chords at 10:38 AM No comments:

They both chronicle the struggle of one man trying to complete a personal video game project despite his distracting surroundings. Luckily a purple cat takes an interest. Yeah, anyways...

It is inspired by those who create instead of spectate simply because that is what they do against all odds and their better judgement.